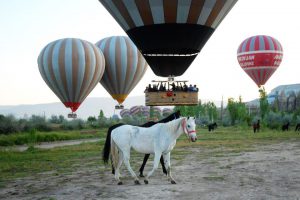 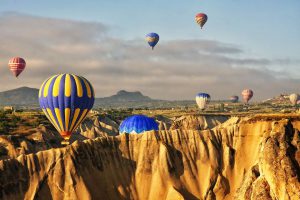 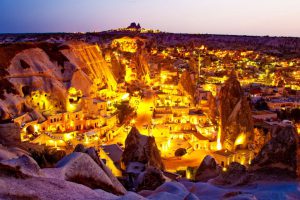 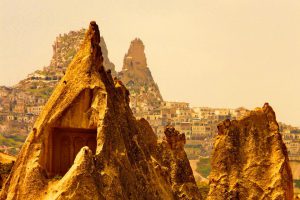 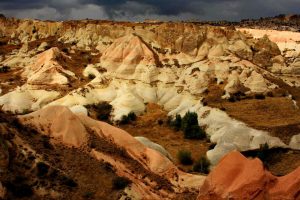 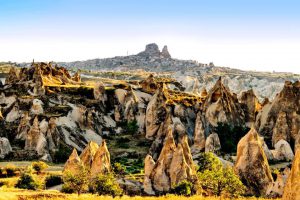 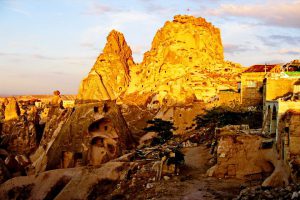 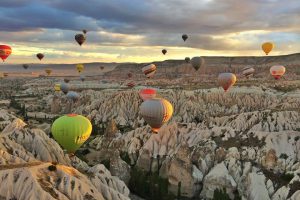 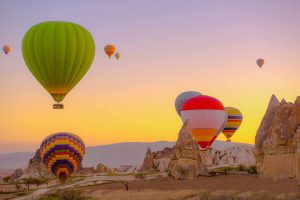 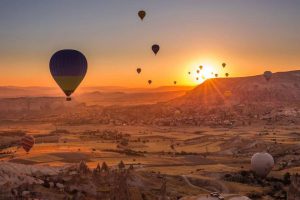 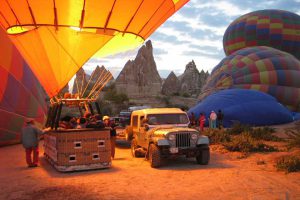 Cappadocia name used first time by the Persian as Katpatuka which means "the land of the beatifull horses". Hittite people also used the breed the horses in this region.

Hitites were the first civilization; 1800 b.c 1200 b.c Then Thabals ,Asyrian Persians lived. Than Romans controlled this rocky land. Cappadocia was a refuge and a shelter for earl christians during the Roman and Byzantine period. Than region becomes an important christian teaching center. So that locals carved out over 300 cave churches and 30 underground cities.Until 1924 local christians and the Turks were living in this area together in the harmony atmospher. Cappadocia is a geological poem written by time,by million yeared wind and water sweeping or softly sliding by. The hand that shaped these forms seems all but sentient, giving fantastic shape to a world not quite of this planet.

This high scherzo of nature tarnsported calls the traveller to delirious voyaging. In this magnificient voyage muskara Cave Hotel invites you to stay in the caves with first class comfort.

GEOGRAPHY OF CAPPADOCIA
Cappadocia?
...That's a unique world shaped by Mother Nature with the help of lava, wind and water!
The name Cappadocia is derived from Old Persian "Katpatuka" meaning Land of Beautiful Horses.
Cappadocia is an extraordinary land, combining unique and beautiful natural features with a fascinating cultural and historical past. Hittites, Byzantines and early Christians established important landmarks here, as did Mother Nature with her stunning erosion of the soft volcanic deposits.
The ancient region of Cappadocia lies in central Anatolia, between the cities of Nevsehir, Kayseri and Nigde. Here, the traveller finds one of the most fantastic landscapes in the world. Wind and weather have eroded soft volcanic rock into hundreds of strangely shaped pillars, cones and "fairy chimneys", often very tall, and in every shade from pink through yellow to russet browns.

Millions of years ago lava and volcanic ash from the now extinct volcanoes Erciyes, Hasandagi and Golludag, covered the plateau with tuff, creating a malleable medium for Mother Nature's artistry. Her wind, rain and floodwaters have gently sculpted the area creating unforgettable valleys, magical cone-shaped monoliths, and a landscape that almost defies description.

Humans have added their touch to the landscape as well. Beginning in the 2nd century BC, Christians fleeing persecution carved small, defensible refuges, high up in the rocks of hard-to-find valleys and gorges. A very positive crowd of early hermits, they dug monasteries and churches and completed their work with heavenly frescoes of Jesus and stories from the Bible. Others who added their touch to the landscape included the Hittites, Phrygians, Medes, Persians, Romans, Seljuks and the Ottomans.

FORMATION OF FAIRY CHIMNEYS: Fairy Chimneys are generally found in the valleys of the Uchisar - Urgup - Avanos triangle, between Urgup and Sahinefendi, around the town of Cat in Nevsehir, in the Soganli valley, and in the village of Selime near Ihlara valley.

Fairy Chimneys - Formation
The interesting rock formations, known as "Fairy Chimneys", have been formed as the result of the erosion of this tufa layer, sculpted by wind and flood water, running down on the slopes of the valleys. Water has fonud its way through the valleys creating cracks and ruptures in the hard rock.

The softer, easily erodable material underneath has been gradually swept away receding the slopes and in this way, conical formations protected with basalt caps have been created. The Fairy Chimneys with caps, mainly found in the vicinity of Avanos, have a conical shaped body and a boulder on top of it.

The cone is constructed from tufa and volcanic ash, while the cap is of hard, more resistant rock such as lahar or ignimbrite. Various types of Fairy Chimneys, are found in Cappadocia. Among these are those with caps, cones, mushroom like forms, columns and pointed rocks.
This picture is from Avanos Pasabaglari, phases of fairy chimneys' formation

Sweeping Curves and Patterns
Another characteristic feature of the area are the sweeping curves and patterns on the sides of the valleys, formed by rainwater. These lines of sedimentation exposed by erosion display a range of hues.

The array of color seen on some of the valleys is due to the difference in heat of the lava layers. Such patterns can be seen in Avanos (Cavusin/Gulludere), Uchisar, Goreme/Meskendir, Ortahisar/Kizilcukur and Pancarlik valleys.